I recommend, if you are in San Jose, that you stop and eat at Mauren's Soda. You won't find a lot of signage, she is well known in the area and does a lot of deliver orders for merchants in the area as well as providing all the restaurants around with their tortillas. But there are a couple tables and a bar eating area - and the food is fabulous. So if you are in the area, take the effort to find what the locals already know!

To help you find it - and really, to help you get your bearings in San Jose in general. Everything starts with Central park which is just one block South of the actual center.

From Central Park you go West 2 blocks to Calle 6, and one block South to Av 6. Mauren's Soda is half way between Calle 6 and Calle 8. Between a parking lot I use as my starting point in that area and the Parada Buses De Alajuelita.

Her soda is located at the back of a long narrow building that you enter from the Av 6 side. 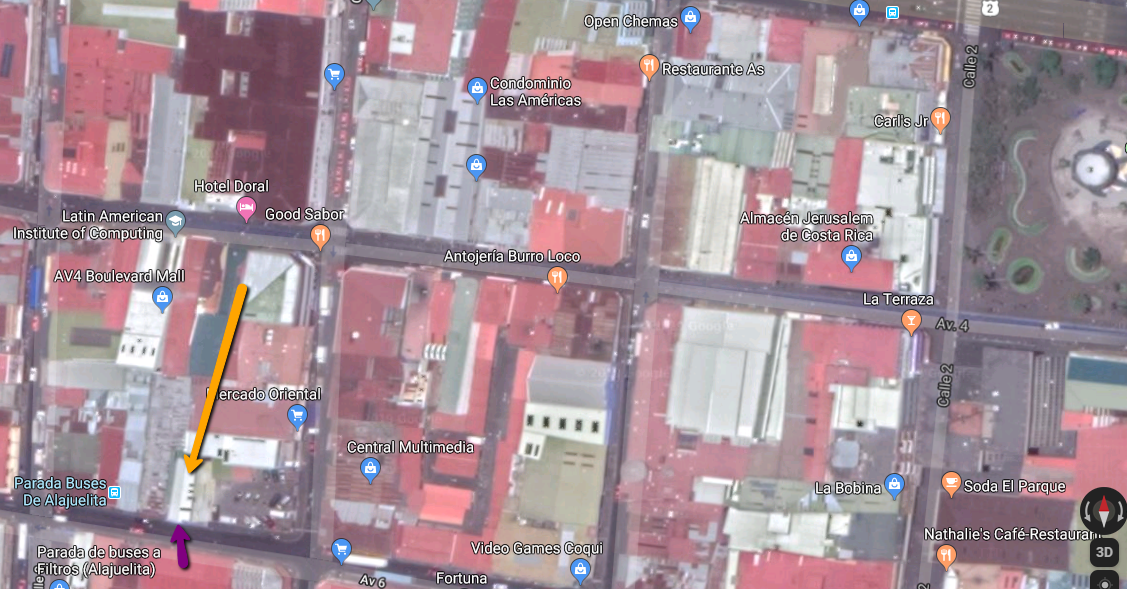 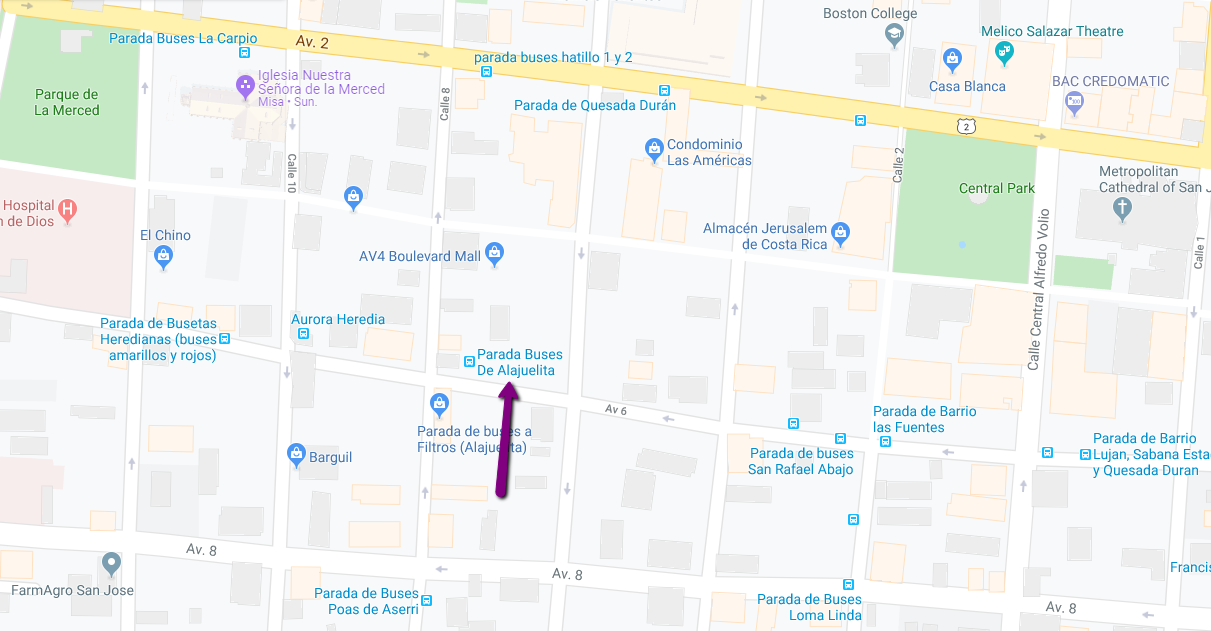 The purple arrow in both pictures shows the entrance to the building. You then walk North to the back of the building, the Soda is in the NE corner.

But unlike Quadrant systems I have seen (Like Calgary, Alberta Canada) they street signs I have seen, and the maps like google, do not include the NW, NE, SW, SE quadrants, you just have to know which quadrant you are in.

If the av's are odd numbered, you are in the NORTH half

If the calle's are odd numbered, you are in the EAST half